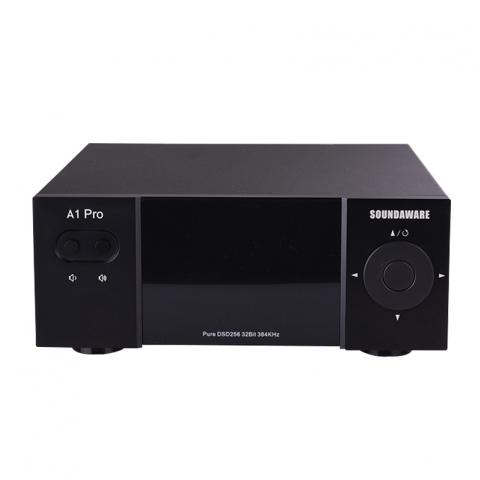 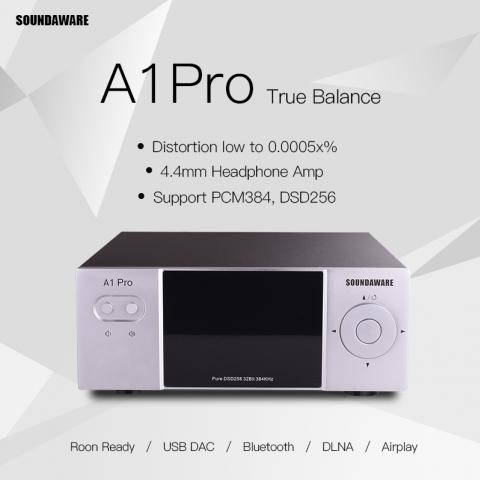 Soundaware A1Pro is based on the A1 and uses 70% of the analog filtering and amplification circuits of the A300. At the same time, it draws many experiences from the official development board of the AKM flagship.

It may be unclear to many fans that the AKM chip distortion indicators are difficult to achieve. Even with the voltage output flagship AKM4497 chip, the line-level distortion (THD+N) is rarely less than 0.0005%, let alone the AKM4490 used in the Soundaware A1Pro In terms of software functions, A1Pro is also rich. Enjoy the Sound and XMOS based on the FPGA optimized clock USB input interface; the sound effect is very close to the live performance; the highest can support DSD256 and 384khz.

Enjoy Sound is based on FPGA, actively inputting the clock to the Bluetooth module to synthesize IIS. When using the HIFI Bluetooth function, the Sound is significantly more stable and true, almost consistent with lossless playback, and the Sound can be optimized on APTX-enabled mobile phones.

As a webcast, the network interface is of great significance to A1Pro. Can support network NAS, DLNA LAN, and WAN push and control, such as foobar, 8player, BubbleUPnP, and other software, also supports Apple's Airplay. Besides, it also fully supports Roon ready, PCM384khz, and DSD256, so that whether offline music management or online Qobuz, HQplayery, and Tidal can be supported.

A1Pro has all the functions of A1, and the firmware part also continues the latest A1 firmware. Support DLNA remote control, Airplay, Roonready, NAS, etc., support the latest stable firmware global loop, sound source memory, memory playback, seamless playback, and other new features that A1 users like to use.

A1Pro is available in a standard version and a true balanced amp version. The colors are black, silver, and blue. The three colors' prices are the same, but the blue color is limited to 50 units and will be sold to previous buyers.